What We Know About the Nissan 400Z and Its Release Date

Drivers love the Nissan 370Z, whether in coupe or roadster form. It’s no doubt a thrilling drive, but we often hear drivers wondering if Nissan will ever make a new Z model… a successor to the beloved 370Z. Part of the reason for this is simply that rumors have abounded for quite some time, but this time, they might all be true as rumblings have come out about the potential for a Nissan 400Z. We’ll tell you all we know about the rumored new vehicle and its potential release date.

[Read more: Find out more details about the 2018 Nissan Leaf] 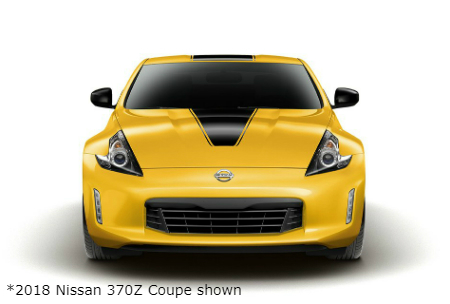 The news about a successor to the 370Z first broke thanks to Autocar. According to their report, Nissan refers to the vehicle internally as the Z35, which is expected to be powered by a 3.0-liter V6 engine. Drivers will hope to see it pump out up to 400 horsepower, but according to the Autocar report, we could also see an all-wheel drive NISMO option that could deliver even more horsepower.

As these things tend to go, however, a new Z model won’t be rolled out all at once. Autocar explained that we could expect to see a concept at the Tokyo Motor Show in October 2018. Only time will tell, but it certainly gives us something to look forward to.

When Would the Nissan 400Z Go On Sale?

As expected, details are slim at this point, so we shouldn’t all get our hopes up on the exciting thought of a new Z model. But, assuming this new vehicle does make it to production, when could we expect it to be released for sale?

According to Autocar’s report, the 400Z model could roll out sometime in 2020, at least in some form. Other variations could come at a later date. Either way, in the automotive world, two years is by no means too long to wait.

It may be easy to dismiss all of this as speculation, and we certainly wouldn’t suggest getting your hopes up. That said, it sounds like there is some solid ground to stand on when it comes to expecting a Nissan 400Z to release in future years based on what is known so far. Either way, we’ll keep you updated on all the latest information as it arrives right here on the Charlie Clark Nissan Harlingen blog.